Thannnnk you Xandra for tagging meeee. I just had auditions (12/3) so I’m a bit brain-dead so exCUSE and possible awful answers. Okay.

JUDE: A character that could kill you in your sleep.

CARDAN:  A character that seems like a bad guy but is more complex than you thought.

I WILL SHOUT THIS FROM THE ROOFTOPS.

HE DESERVED A REDEMPTION.

LOCKE: a plot twist that made you want to throw the book.

Okay I really really almost literally almost threw that Thousandth Floor series because I didn’t realize they were SIBLINGS until the middle of the book.

TARYN: A character who deceived you.

Ugh. I keep thinking Darth Vader but He’S nOt frOm a BoOk.

Also Mad Eye Moody? I had NO IDEA it was actually Barty Crouch Jr.

VIVI: A book that was significantly different than others in the series.

Harry Potter and the Sorcerer’s Stone is so fantasy then they get daaaaaaark.

VALERIAN: A character that should be stabbed out of the plot.

Okay, so I have literally NO IDEA who Valerian is. But I would choose Arwen in the Lord of the Rings (at least the movies) because she just isn’t very interesting. Of course, I haven’t finished the books so it might be a bit different.

OAK: A small character you would protect at all costs.

MADOC: A relentless character who will stop at nothing to get what they want.

THANOS. I’m cheating and saying Thanos is a comic book character even though I’m mostly referring to the movie version. (tho I have read some Thanos comics… not the best)

THE SERPENT: A mysterious character or book you know little about.

I don’t have a clue for this. What does this mean? What? Um… I HAVE NO IDEA I’M SORRY I’M JUST GONNA SKIP… 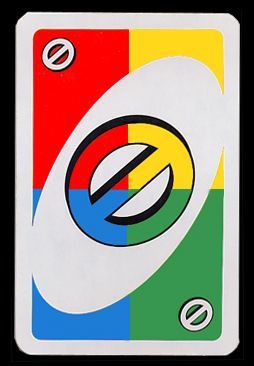 THE CRUEL PRINCE: A book that surprised you with a good twist.

THE WICKED KING: A sequel that you thought was better (or worse) than the first in the series.

Insurgent was definitely worse than Divergent.

THE QUEEN OF NOTHING: A series with one or more characters who changed a lot over time

Can I just choose Jude and Cardan please and thank you?

I tag literally everyone because THIS IS AWESOME and because I have midterms and is finishing this last minute now….. I started last week and now it’s the day before I think??? Anyway, sorry.

One thought on “Folk of the Air Book Tag”