Second preorder ever and THIS BOOOOOOK transformed me into a large snake.

The Queen of Nothing by Holly Black

After being pronounced Queen of Faerie and then abruptly exiled by the Wicked King Cardan, Jude finds herself unmoored, the queen of nothing. She spends her time with Vivi and Oak, watches her fair share of reality television, and does the odd job or two, including trying to convince a cannibalistic faerie from hunting her own in the mortal world.

When her twin sister Taryn shows up asking of a favor, Jude jumps at the chance to return to the Faerie world, even if it means facing Cardan, who she loves despite his betrayal.

When a dark curse is unveiled, Jude must become the first mortal Queen of Faerie and uncover how to break the curse, or risk upsetting the balance of the whole Faerie world. 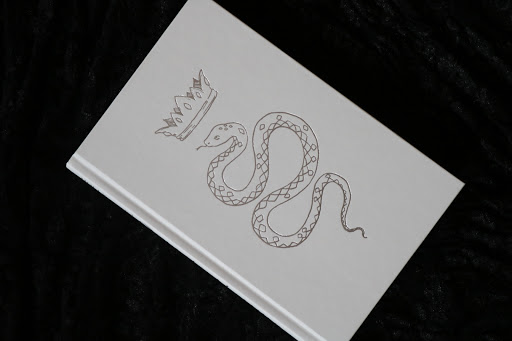 Jude is in exile. Her annoying sister convinces her to pose as her (Taryn)  because she’s in huge trouble after “accidentally” murdering her husband, Locke. She goes, stuff happens, and it’s fabulous. Now everyone knows she’s the Queen! (also Cardan’s wife so iNtErEsting) Also Cardan is interested in gummy worms which proves that gummy worms are the superior candy. (Also that snowglobe “Congrats on your promotion” is the literal best can I send one to the next queen/king of England?)

romance in a gif

(I’m never not going to compare this to reylo) 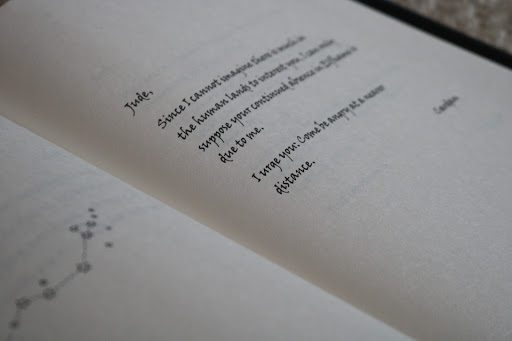 pg 263: “With my whole heart, I wish Cardan was here… I miss him, and the pain of it is a yawning chasm, one into which I yearn to let myself fall.”

(exclusive letter) “I urge you: Come be angry at a nearer distance.”

what I liked about the book

I liked the roller coaster plot. OMJG so many twists. AND THE REYLONESS 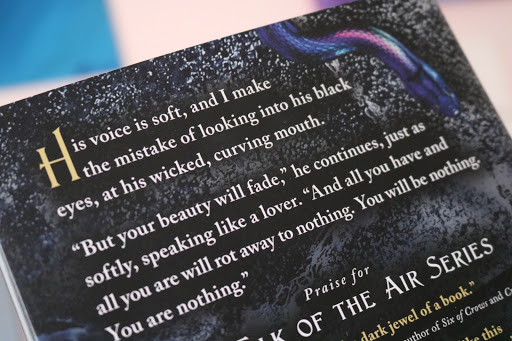 (This is SO reylo)

what i disliked about the book

That prologue had literally nothing to do with the book as far as I could tell. Tho I only read it once, I might be missing something.

On a scale of Locke’s corpse to Oak’s existence 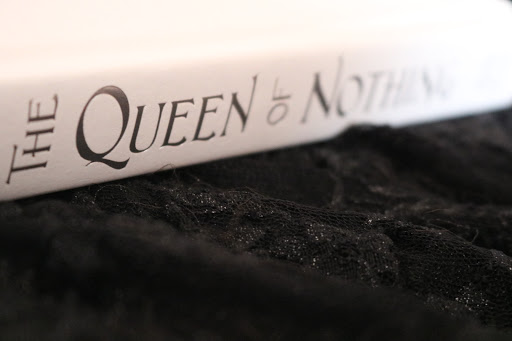 THAT WAS A WILD RIDE. I HAVE NOTHING TO SAY.

8 thoughts on “THE QUEEN OF NOTHING”

INTERESTING FACTS: Beck is rarely found without a pair of converse or a sharpie

INSTRUCTIONS: care for with mounds of chocolate, alone time, and books.

MINI REVIEW: Things I Underlined in Not a Fan + Me Commenting

Yes, hello there fOLKS. My Smaugettes. Me and the boys. Welcome to my haunt. Well, if you read that little ‘about me’ page or you know me in real life (all three of you xD) (unless one of you dIDN’T TELL ME YOU READ MY BLOG.. or don’t know that you know me. oOOoh) then […]

Happy Birthday to The Boy Who Steals Houses!!! ||| probably with spoilers

WARNING: THIS WILL BE A BIT A LOT OF A MESS! JUST SO YOU KNOW. Also, if you have the chance, please check out my instagram (@scaredsmellfoy). I’m actually doing stuff on it and would appreciate it if you left a comment or something! BEST BOOKS READ: Nate the Great I used to get every single Nate the Great […]

Be Happy About Books

To the Salt of the Sea
The Art of Nerdyness
bookedonafeeling.wordpress.com/

The Critiques of a Fangirl

Head in the Clouds. Heart in a Book. This is my Fangirling Nook.

I eat books and breathe stories to survive!