I talk about fandoms a LOT but I don’t really have a post about them so HERE! Enjoy my rants and screams and all that. I promise I’m not dying. I’m just going to explain how I got into it, a couple things about it, and my favorite characters/movies/books. I also have them in order of when I got into them. Also I’m not really counting book fandoms (like Lord of the Rings and basically any other book series) EXCEPT harry potter because… there’s so much wth.

This was my first fandom EVER. I remember watching it before I could read, (which was a LOOOONG time ago since I could read since I was threeish)

Also, Harrison Ford was my first (human) crush so there’s something. ahahahha

But Indiana Jones was my favorite character (Henry Jones Sr. is second, Short Round third)

My favorite movie is Raiders of the Lost Ark. (ahh)

You don’t mess with the mouse. Robin Hood was my first crush which is kinda weird considering he’s a fox but…………

I loved the main trio sooo much. Just Luke, Leia, and Han.

My favorite movie was The Return of the Jedi, but A New Hope is my favorite now.

My favorite prequel movie is Attack of the Clones.

Fun Fact: we have this card game that’s basically war using star wars cards, and Mace Windu is my lucky card. Mace Windu has never let me down! I always win using that card. Thanks, Sam!

I’m counting this as a separate fandom since this includes the Sony movies. Spider-Man has been my favorite superhero since I was ten??? I don’t know. Spider-Man introduced me into all the superhero movies.

Favorite villain: Mysterio (I just added that question so I could mention him for the 3000th time) and also Venom

Okay. I can’t pick ONE movie! But Doctor Strange is near the top since it was the first non-Spider-Man Marvel movie I’ve watched.

All my favorite marvel characters in one gif

I read the entire series in a week. I picked it up later than most people… But I was 11, so I think it WORKS? But, for a while, I didn’t read Harry Potter for TWO reasons.

1) Everyone was reading/talking about it. 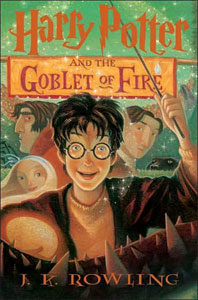 This cover SCARED ME. But I picked up the first two Harry Potter books up and I read them in ONE day. I had to wait (12 years) to go back to the library and get the entire series and I was in AGGGGOOOONNNNNNYYYYY (more painful than yours!) (sorry I was making a reference to a play I was in last year. Only one of you will probably get it, sorry)

Favorite ship: TONKS/LUPIN tho I don’t ship any MOVIE relationships because, lets be real, they were AWWWFUUUULLL

Favorite movie: Crimes of Grindlewald (even tho it was a disaster)

Favorite character: Newt, (how can you NOT love Newt?) Queenie, and Dumbledore

I mean it’s Sherlock. I got into this last year and aAHhhHAHHAhahHAHh I love it. I’m going to talk about the BBC TV show (sorry RDJ’s Sherlock- you’re amazing keep up the good work) also the books are FANTASTIC

(it’s Jude Law and RDJ so if you haven’t seen it go watch them now. Well, after you read my post)

Favorite episode: The Abominable Bride, The Reidenbach Fall, The Empty Hearse, and The Six Thatchers

Ugh I love this show SO MUCH! It’s so well written and it’s much better than most Sherlock adaptions. (again, I love RDj’s)

This is more recent but I know a LOOOT about it and I’ve almost finished the first couple Doctors. I’ve only watched the reboot episodes (because it’s free on Amazon Prime aha) And sadly I haven’t been able to watch 13, either. KEEP IN MIND I HAVEN’T FINISHED ANY SEASONS EXCEPT 9’s BECAUSE I HAVE ATTACHMENT ISSUES (I didn’t even want to finish 9)

Oh yeah I HATE daleks and cybermen. THEY ARE SO ANNOYING OH MY GOSH those episodes are my least favorite. IF DALEKS CAN KEEP APPEARING EVEN THOUGH THEY’RE SUPPOSED TO BE EXTINCT CAN’T TIMELORDS, TOO? C’MON.

THE END. ASK ME ANYTHING FANDOM RELATED PLEASE